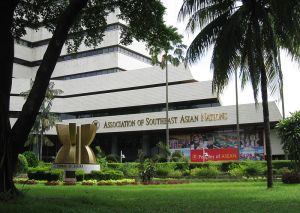 Editors’ Note: The views expressed here do not necessarily reflect the view of The Daily Opium and its editors.

The only way to develop a resolution regarding current geopolitical conflict in the South China Sea is for a unified ASEAN region pushing for a fair compromise with the rising superpower China.

Since China is ASEAN’s largest trading partner (as with most of the bloc’s member states), making a consensus within the region on what effective measures should be done as a whole union is currently doubtful. China takes advantage of this. Fastened with the notion that some of ASEAN’s inferior member states are under its influence and thus cannot afford to resort to antagonizing tactics, this makes China confident that bilateral talks with ASEAN as a whole would be impossible.

Most claimants base their sovereignty on the disputed resource-rich isles on historical documentation. While others, notably the Philippines, substantiate their claims via the United Nations Convention on the Law of the Sea (UNCLOS), which was signed and ratified by the involved parties. The UNCLOS guarantees countries with Exclusive Economic Zones (EEZ), sea-zones that give nations rights over a particular maritime area.

ASEAN should continue to forge a solidary regional position but at the same time must also acknowledge that a fully unified position in the area would be hard to accomplish due to Beijing’s already grown economic influence over some of the Association’s states.

China’s fundamental aim is to retain its supreme sovereignty over most of the area within its so-called “nine-dashed-line”. ASEAN claimants, on the other hand, have overlapping interests. But some of the actors’ essential aims include the demilitarization of the area and shared sovereignty with liberal access for peaceful purposes.

Contingency for compromise – start with the region

Obviously on the side of the Southeast Asian countries, the most efficient solution for a promising compromise would be for Beijing to simply accept the conditions agreed to by the rest of the claimants. ASEAN claimant states have expressed on occasions that they would be willing to solve this diplomatically as opposed to China’s views on strongly insisting its superiority in the claims. Though Beijing has been careful on tailoring its coercive actions so that this wouldn’t trigger something that would result to the international community to react condemningly.

ASEAN should continue to forge a solidary regional position but at the same time must also acknowledge that a fully unified position in the area would be hard to accomplish due to Beijing’s already grown economic influence over some of the Association’s states.

But this can be overcome by taking the right steps. A milestone step would be to first solve the conflict within the region, meaning that the main ASEAN claimants must together enter into multilateral negotiations with the purpose of resolving the conflict exclusively amongst themselves. The consequence on doing this would be politically productive in progressing their agendas against China.

Beijing would likely challenge the agreement and reject it, but in an international relations perspective, it would ignite a genuine starting point for promising negotiations. Also, an ASEAN-wide resolution would make a clear perspective that the Spratly disputes would only exist due to China’s uncooperative position, therefore legitimizing the dispute in the context of making it a crucial international matter.

If all else fails – go to court

But there is the possibility for the rising hegemon to disregard international pressure and hinder outright possible bilateral talks. Therefore, resorting to international mediation would be a reasonable next move for all parties.

Resolving the dispute through legal means by bringing the case in Hamburg before the International Tribunal for the Law of the Sea (ITLOS) would set an important precedent. In 2013, the Philippines submitted an actual case before the Tribunal and formally sought a ruling on whether Beijing’s claims can legitimately negate the Exclusive Economic Zone of the Philippines.

And if ITLOS does rule in favor of the Philippines, ASEAN states can take advantage of this and take an ambitious next step, which would be for them to mobilize and file an unprecedented “class-action”-styled suit against the rising superpower before the UN Court.

Though it must be noted that the ITLOS can only adjudicate on the zones surrounding the isles, but not on sovereignty of the isles per se. The Philippines made this clear by stressing that they were not specifically seeking a ruling as to what nation has sovereignty by emphasizing that the conflict wasn’t territorial in nature but rather a maritime dispute instead.

Manila would likely win the case if Beijing fails to cooperate with the proceedings. A potential ruling would be non-binding and may lack legitimacy due to its one-sidedness, but it would set an important diplomatic and legal precedent to incentivize other claimants to follow. And if ITLOS does rule in favor of the Philippines, ASEAN states can take advantage of this and take an ambitious next step, which would be for them to mobilize and file an unprecedented “class-action”-styled suit against the rising superpower before the UN Court.

Beijing’s adamant stance is fueled by its ultranationalist and traditionalist view of global affairs. That is irresponsible. A regional hegemon cannot afford isolation from the international community. China knows this and it would soon realize that if it wants itself to be considered a credible superpower, it would have to comply with international law and adhere to responsible diplomacy in regards to relations with its neighbors and the global community.

Josh Makalintal (@joshmaks) is a civil society activist and a freelance writer based in the EU.

4 thoughts on “To solve its regional conflicts, ASEAN must unite”