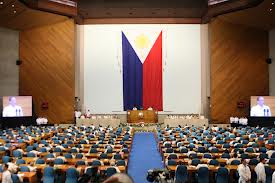 Part 1: Introduction and the ARMM appropriations

For most of September 2013, the Government of the Philippines (GPH) faced a stand-off against the rebel faction of the Moro National Liberation Front (MNLF).[1][2][3][4][5] The rebel faction, headed by Nur Misuari[6][7], the former regional governor of the Autonomous Region of Muslim Mindanao (ARMM), razed through Zamboanga City, a primary centre of commerce in the main island group of Mindanao.

Misuari, earlier this year, in his declaration of independence through the establishment of the MNLF-led United Federated States of Bangsamoro Republik (UFSBR), noted his group’s discontent with the FAB and the PNoy administration’s management of former talks with MNLF that ended during the time of Ramos[11]. GPH, through the Office of the Presidential Adviser on the Peace Process (OPAPP), however, denies Misuari’s allegations on abrogating previous talks[12].

Nevertheless, one bottom-line of the “Zamboanga Crisis” is the issue of the region’s continued state of poverty vis-à-vis supposed state investments not just on ARMM but on Muslim Mindanao, in general. The crux of the matter, which this essay tries to weigh, is two-fold: (1) was ARMM well-funded and (2) how did this funding come into the picture through the Congress.

Looking at a National Budget

A national budget is fundamental in ensuring a government’s ability to increase its credibility and sustainability in achieving public policy goals[13] and other desired outcomes. While it is the foundation of economic management[14] and is representative of national political priorities and policies[15], it is also highly susceptible to politicisation.[16][17]

Therefore, on the one hand, it presents which sectors will receive a larger portion of public money and of the state’s attention. On the other hand, the national budget and its creation process can resolve internal disputes by giving stability[18], and legitimacy and security[19] to internal institutions and the very state.

As a core policy matter on public management, the budget provides integrative functions and dispute-resolution abilities through direct investments on societal needs[20] and through the provision of macroeconomic stability[21] which leads to state legitimacy.[22]

When the budget is formulated by the Executive branch of government, agencies submit proposals within specified limitations handed by the Department of Budget and Management (DBM) through the Budget Call[43]. These proposals are consolidated and reviewed by DBM and is then presented to the President’s Cabinet for further review[44]. Once the Cabinet agrees on the budget, the President publicly presents this proposal as the “National Expenditure Program” or NEP[45].

The NEP is presented to both Chambers of Congress and is tackled separately[46]. The two Houses then consolidate their different versions of the budget and is endorsed for the President’s signature as the General Appropriations Act (GAA), the annual budget law[47].

However, the national budget is not only understood through the GAA. The budget is also accompanied by other relevant documents like the Staffing Pattern, Details of Selected Programs/Projects, and the Budget of Expenditures and Sources of Financing (BESF) among other documents.

Of these documents, the BESF presents the most coherent picture of budget distribution per region. While the GAA presents the budget per agency, program, and expense class, the BESF provides for various tables that might give a better picture on the budgetary data necessary for various research and needs. Table 1 below presents the total ARMM budget for financial years 2008 to 2013 based on released BESF figures.[48][49][50][51][52][53] The succeeding table provides a visualisation of the data below.

Immediately, these data are indicative of many things. In the past half-decade, the national budget grew by 34.46% from its 2008 figure to this year’s budget. Meanwhile, the percentage share of ARMM in this national budget inched closely with the prior figure at 34.07% growth from the 1.44% share in 2008 to 2.186% share in 2013. This either shows, in a non-mutually exclusive way, that the (i) the budget for ARMM has not kept up with the growing needs of the country given the still-miniscule share, or (ii) the country simply needed to invest in other regions.

These competing notions on investment, meanwhile, should be noted with a caveat. A region’s allocation for departments specifies region-specific allocations. This means that even if there’s no budget for the Department of Health (DOH) in many of the ARMM budgets, this does not mean that ARMM is devoid of services from DOH. Thus, the noted budgets for departments are special projects by or direct infusions for the departments of the region. A general increase in the total budget of an agency might therefore mean higher net investments in ARMM sans issues of management and absorptive capacity of agencies.

Meanwhile, it should also be noted that year-on-year, the total ARMM budget had good year-on-year increases as shown below.

The budget for 2012 had the highest growth year-on-year at 31.92% larger than the 2011 ARMM budget. This is followed by budgets for 2009 and 2011. It can also be observed that allocations for departments were largest from 2011 to 2013 while LGU allocations were smallest and were at a decline in the same period. There seems to be a shift in operation focus from LGUs to Departments.

Were there significant events in 2011 and in 2008 that might have spurred for larger appropriations in the years succeeding them? And in the same vein, what were perhaps the events in 2009 that allowed for the miniscule change in the 2010 budget?

This will be tackled in the next part of this essay.